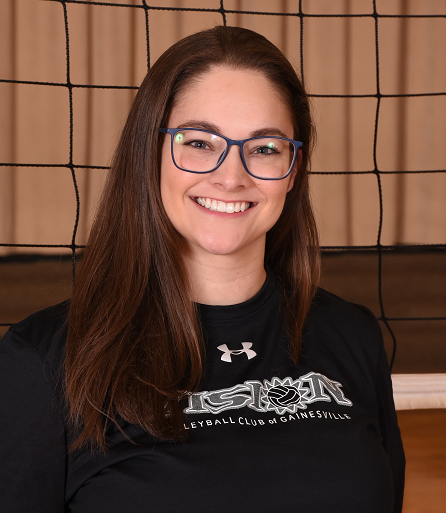 Erin grew up here in Gainesville, playing Volleyball from a very young age.  While attending Gainesville High School, she was a standout setter, earning the First Team All-Area Setter award. After that, she attended the University of Florida and played on the women’s club team for two years and served as president for one of those years. After high school, she began coaching at the club and high school levels.   In 2011 and 2012 she was the Varsity Assistant Coach at PK Yonge, and in 2013 she was named the Head Coach of the Varsity team at Eastside High School, where she coached for three seasons. She is currently an Assistant Coach at Santa Fe College in Gainesville.  Erin is IMPACT certified. This is her third year with Vision.