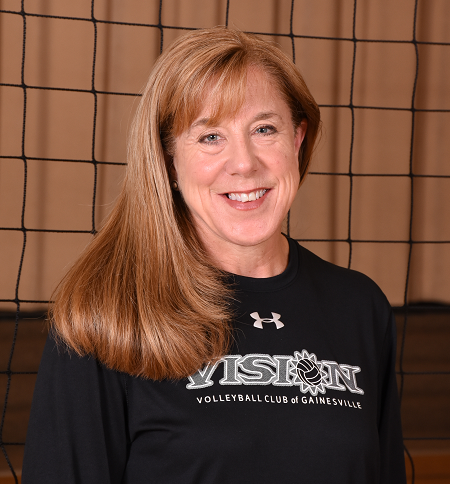 Stephanie Wyatt is the founder and director of Vision Volleyball Club. In 2010 she started Vision with the hope of giving all girls an affordable opportunity to play club volleyball. By the second season, Vision was and remains, the largest Juniors club in the area. She has been coaching girls at every level since 2006. She held positions as Athletic Director and Head Varsity Coach at a local school for 8 years, leading her team to 5 Conference and State Championships in the Florida Christian Athletic League and and NACA National Championship in 2008. Once moving into the FHSAA, her team had two conference championships and appearances in the Elite 8. Coach Wyatt began coaching club in 2008 and in 2009 led her 12u to the Junior Olympics where they placed 7th. She is currently the Director of  Volleyball Operations at The Rock School. First and foremost she is mother to 7 incredible kids and married to Michael for 27 years. Coach Wyatt is USAV IMPACT Certified and has completed CAP I training.